What Jian Ghomeshi has Taught Everyone About Digital Communications

I’m not going to get into what my personal thoughts are regarding this case.  I think this needs to be tried in court of law and not in the court of public opinion, however the fact that much of this is taking place in the realm of public opinion brings me to the point of this post.

Everyone has a personal brand, many people’s personal brands are tied to their professions, many of these professions use digital tools in public to promote and/or talk about their work.  My blog is an example of that for me.

Jian chose to use the digital space to begin the dialouge about his personal situation.  On October 26, he tweeted this, which links to a very serious and very public Facebook Post. As of this post, his tweet has been re-tweeed 5,400 times, and those re-tweets will also be re-tweeted. I assume he was doing this to take control of a  situation that he suspected would spiral out of control.

What Jian needed was to have a strategy in place for his digital identity.  Sounds silly right?  Like, how in the world during a personal crisis would anyone stop and plan?  The fact is, most businesses have regular communications plans in place, but they also have crisis communications plans there as well.  Those plans are created when there isn’t a crisis and when everyone was level headed and thinking clearly.

We’ve watched many celebrities have digital melt downs (Charlie Sheen, Amanda Bynes – who’s still having one apparently).  Their public posts and commentary resurface in media stories or as evidence in court. For Jian, his statements made about consensual sex and safe words are things that he will be held too, especially now that there is a pending police investigation.

What could celebrities do to plan for a potential digital crisis?

I know I’ve labelled this a digital crisis communications plan for celebrities, but realistically this applies to anyone and everyone who has developed a digital brand presence. 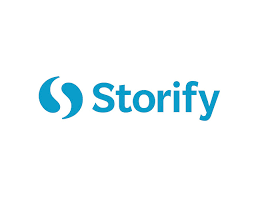 So… today I participated in a webinar about Protecting Your Brand: The State of Social Infrastructure in The Enterprise, hosted by which was to their credit was incredibly informative.

It looked at the state of social media and what organziations – specfically Thomson Reutors and The United Nations. Through the webinar I received a plethora of tweets and retweets and follows. and very interestingly I received this tweet:

“@SocialMediaStef @RickA2Z @ShaLaLaLeigh You’ve been quoted in my #Storify story “State of Social Infrastructure” sfy.co/tiAt  from Rene Lisi.  It turned out that he was able to use many of the things tweeted throughout the webinar to create an online story.

So what is Storify?  I ended up needing to look it up because I thought the end product was super cool. So maybe some of you have heard of this, and if so I am admittantly late to the game. If not, than this post is for you.

1.   Storify allows you to  Collect media from across the web;

2.  Publish on Storify, embed anywhere; and

3.  Share and notify sources, go viral
The best part is that it is free to use!

As a communications person, we are all about the story!  As a digital person – I think I found my new favourite toy.  I think it also such a great way to gain and attract followers as well build your social/digital imprint. Happy Storyifying everyone!

Facebook likes.   Hmmmmm.  The never ending discussion and debate around Facebook likes is something that I have had on an almost daily basis.

So why should “Facebook Likes” not be an objective?  I mean, it’s measurable, it’s visible, it’s seems like it’s qualitative in nature. So why wouldn’t anyone in marketing or communications charged with the responsibility of growing their social audiences use this as a means of moving forward

To answer this question, let’s look at it from the opposite perspective – Why Facebook Likes Should be an Organizational Objective?

All of this sounds wonderful.  In theory.

The first issue in all of this, is – what does a Facebook like actually mean to your organization?

When organizations use this as a measurement tool, things such as – “The Forced Like” begin to happen.  What is the forced like?  It’s when an organization creates a Facebook page, with something that seems alluring – usually a contest, or some kind of special content – but the only way that you can gain access to it, is by clicking their “like” button.  Or as we term it – “like” gated.  Again, I beg the question – what does a Facebook like actually mean to your organization?

Communications and marketing people do understand that a truly engaged audience is what really moves a brand.  An engaged audience means that you are delivering something that they both need and want.  The entire premise and “cool factor” about social media… including Facebook… was that you could target your audience.  Even though you might not be reaching everyone, you could finally find the people who were really interested in what you had to offer.  It meant that you were truly delivering real ROI – spending dollars on an audience that could show real return, because they truly have a genuine interest in your brand.

The main opposition that  I have in using Facebook likes as a metric to success stem from 3 main points:

Buzz words are great – and in all aspects of business we hear them.  However, when working in the digital and communications space what does the term: “social media readiness” actually mean?  While it can vary by organization to organization, in a nutshell it means: how ready are you or your organization for engagement into the social media space.

In one of my former roles as a Marketing and Communications Manager,  I would hear almost every day directly from the CEO how we needed to use social media to promote their product.  Due to the company culture it was very much,  a “do it first and ask questions later” atmosphere.  The idea of marketing and the focus on being executional/tactical in nature first,  superseded the notion of ensuring that the company was ready to do it or that they actually understood what they were doing while doing it.  The largest mistake that any company can make in marketing and communications is to put the cart before the horse.  Once you put something out there, especially online – it is there.  Reflecting your company, your brand and your products.

This organization was not ready for social media.  They understood it in theory, and they definitely understood the execution – “Put a video on Youtube”, “Start a Facebook page”…. but had no long term strategy, or any idea what they should be doing with their social assets past that. So, how can you do a temperature check?  Here are 5 steps to take in finding out how ready your organization is for social media:

I would love to be able to tell you that Pinterest is the hot “new” thing.  But in the world of digital things move so rapidly that it I can’t say that this is the case.

As with all other social media platforms, this is just another medium that can be used to an organizations or an individuals advantage.  The interesting thing with Pinterest is of course that there tends to be a lot more repinning than the addition of new content, but I think what it best does is really institute the shift of perception in sharing things.

That beings said, as with all hyped social media platforms business are wondering how they can use Pinterest to their advantage.  Here are some things to consider before embarking into a new social medium:

I had the pleasure of recently attending the Social Media Summit, and the celebrity guest speaker was out of this world! Arianna Huffington was charming, hilariously funny and made it easy to feel like you had known her all your life. I think the most important piece of information that I garnered from (other than what it takes to be totally fabulous), is that getting into the digital space has nothing to do with age or even understanding the full capacity of it. Arianna noted that people told her that she was not young enough to be getting into a space that was for young people – and well – I guess the proof is the pudding, no? An AOL deal of $315 million USD I think is a very large and loud statement of whether or not she made the right decision.